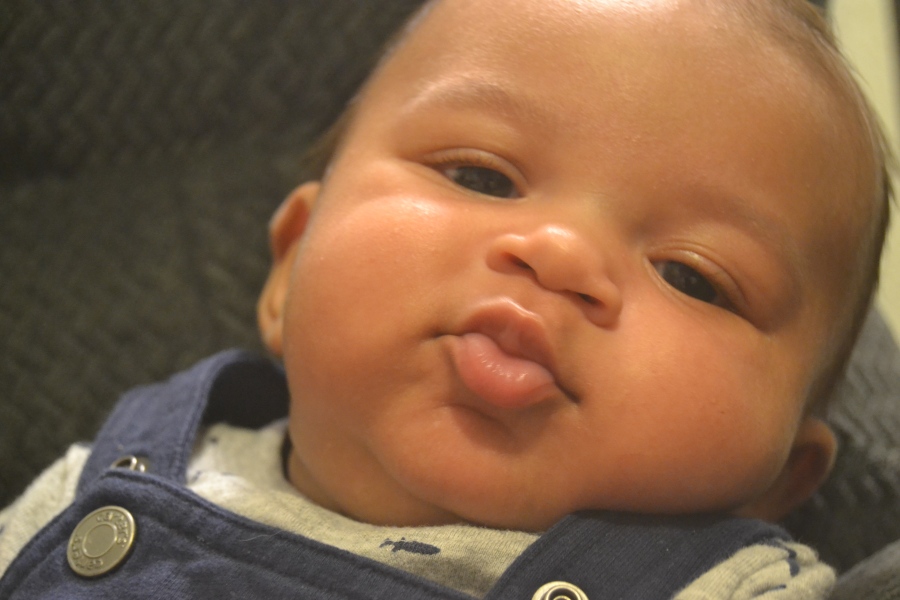 My name is Katie. On February 4, 2017, my son Carter was born, almost 6 weeks early, yet still 6 pounds and the most beautiful thing I’d ever seen. He spent 23 days in the Neonatal Intensive Care Unit; at the time I thought these to be the hardest days of my life. We spent a precious 9 weeks together at home, where we loved and played, where he nursed and grew, where he captivated more fully mine and his daddy’s hearts with every passing day and every fleeting moment. We flourished. Our family thrived. Our dreams multiplied as he passed each milestone. He was perfect, healthy, and strong.

I reluctantly returned to work when Carter was 12 weeks old. He was cared for in a home day care for two full work weeks plus two days of a third week. I took time off to spend my birthday weekend with my sister, who was visiting from out of town. The following Monday, I dropped Carter off at a new day care provider’s home much closer to our house; we were on her waiting list and a spot had opened for us. At 12:15 that day, I received a call from his new caregiver that Carter was unresponsive, not breathing, and bleeding from his nose. This was the indelible moment. The life-altering instant.

His father and I sped in desperation to the hospital. When we arrived, Carter was receiving continued resuscitation efforts in the ER. I heard the doctor call for a final pulse check after my baby had received 10 rounds of epinephrine and continuous CPR for 45 minutes. At the check, Carter’s heart was beating. He was alive, but so tiny and still on the big grown-up sized bed, nurses and doctors hovering around him, poking him, working, working, working to stabilize his fragile body. We waited for news while staff asked us over and over if there was anything they could do for us.

Then the update. The doctor was compassionate but frank when he told us that due to lack of oxygen, Carter had sustained profound and global brain injury. We were grasping for any shred of hope; however, he told us he had never witnessed a recovery from brain injury as significant as our son’s and that Carter’s life was being preserved only by the machines breathing for him, providing fluid to him, draining fluid out of him, and allowing medications necessary for life to be pushed in. He was moved to the Pediatric Intensive Care Unit, where he received the most compassionate and knowledgeable care from a team of amazingly skilled professionals.

Carter remained on life support for three days, allowing us to spend precious moments touching him, holding his hand, whispering love to him, and giving our family time to come to us. Subsequent testing revealed additional brain injury from swelling, erasing all hope of any possible recovery. On Thursday, May 25, 2017, Carter was baptized among his family, bathed and dressed by his parents, and held and cuddled as all the tubes and wires were removed and his heart stopped beating.

Carter’s cause of death is “undetermined.” Nothing was found to be abnormal during medical tests, police investigation, or autopsy. By all accounts, he was perfectly healthy and well cared for. Because nothing was found, his death is attributed to Sudden Infant Death Syndrome (SIDS), a diagnosis of exclusion used when a perfectly healthy baby simply does not wake up, leaving so many more questions than answers and leaving families in torn-up shreds.

This is our story. This is my heart laid open. This is my gift to my son with the hope of touching someone else. If you are here because you have also walked this road, I’m so sorry. Reach out to me. Because I’m in need of your love as you are in need of mine.

Keep breathing. In and out.

Carter Joshua brought sunshine to the world for 111 days. Here you’ll find the heart of a mama parenting a child she can no longer touch but whose love knows no boundary of time, space, or distance.

Learn more about Carter and our family’s story at my dad’s blog: